Report: The Exclusivity Paradigm and the Blindness of Capitalism – CREATe Lecture by Dr. Peter Drahos 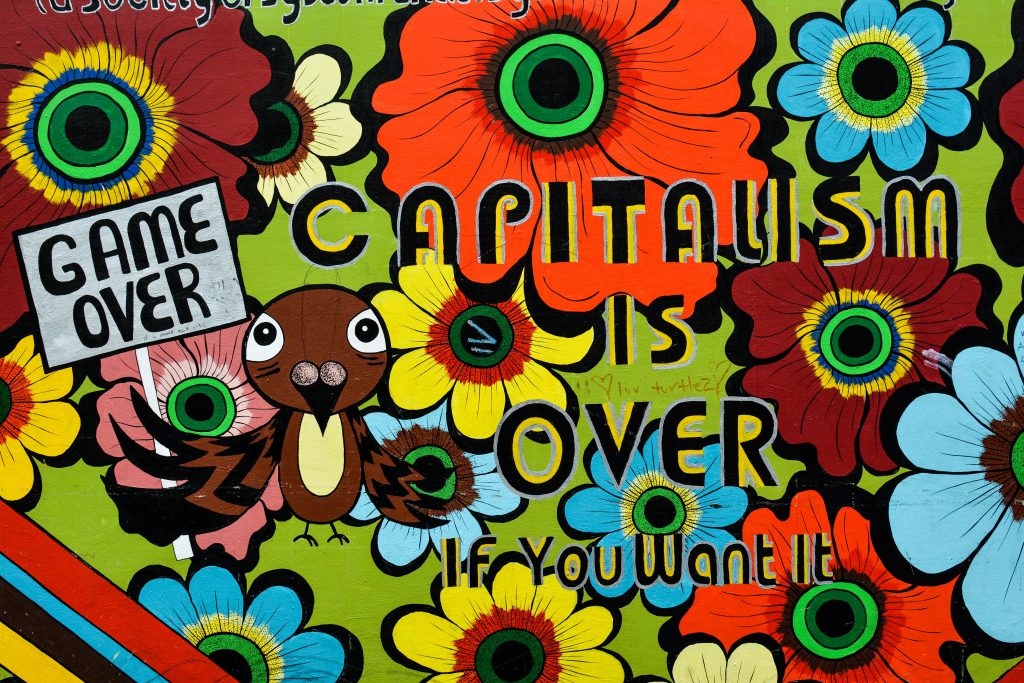 Report by Anthony Rosborough (LLM Candidate in the Intellectual Property & The Digital Economy Programme at the University of Glasgow).

On March 6, 2019, Dr. Peter Drahos (Professor of Law at the European University Institute) delivered an engaging and thought-provoking lecture on the relationship between innovation, capitalism and intellectual property. The lecture was the final instalment of CREATe’s Spring lecture series; Chaired by Professor Martin Kretschmer. Dr. Drahos touched upon a variety of academic disciplines and encouraged attendees to think of intellectual property within the context of broader economic and societal changes.

Much of Dr. Drahos’ talk centred around what he called the ‘exclusivity paradigm’ – that is, the current paradigm through which we view intellectual property as a bundle of exclusive property rights. As we move into an increasingly uncertain future, Drahos argued that economists know very little about the effect of global intellectual property on innovation and development. Given the pace of globalisation, Dr. Drahos contended, this is worrying. Whether we are creating new intellectual property rights or reformulating old ones, we appear to be replicating an increasingly obsolete model whereby property is the dominant instrument of capitalism.

Concurrent with the exclusivity paradigm theory, there are objectors, Dr. Drahos said. It is true that there is increasing openness within the intellectual property system, including open standards, open source and more widespread availability and usability of information. For Dr. Drahos, however, these aspects of openness do not run counter to the paradigm of exclusivity but rather have been incorporated into it. Drawing reference to the Google Books litigation, Dr. Drahos argued that the challenges made to the system that have increased openness have only been borne by those players with the greatest capital accumulation and control. This, he said, suggests that the aspects of openness within the exclusivity paradigm carry inherent risks that only capital can take.

Dr. Drahos then addressed “choke point governance” within the exclusivity paradigm and drew reference to the ability for IP owners, payment providers and intermediaries to remove allegedly infringing material and police the intellectual property system outside of the formalities of the law. Therefore, not only is IP subject to the exclusivity paradigm as a matter of ownership and control, Dr. Drahos claimed, but the protection and enforcement of it has become removed from the public sphere. This ability for capitalism to reinvent itself raises questions as to where we are headed.

The question of where we are headed can be answered depending on the preferred theory of change. For this, Dr. Drahos drew reference to two contrasting theorists of social and economic transformation; Karl Marx and Joseph Schumpeter. Turning to Marx, Dr. Drahos said that three aspects of his theory remain true in the networked and digital environments:

Turning to Schumpeter, Dr. Drahos referred to the theory of business cycles in the context of intellectual property. For Schumpeter, the innovation of large firms is disproportionately responsible for socially beneficial technologies. Given that such firms are under constant competitive pressure, intellectual property protection is vital to a socially beneficial capitalism.

In applying these two perspectives to the current exclusivity paradigm, Dr. Drahos said that Marx’s theory results in a greater blindness to the direction we are being taken in. In essence, capitalists are struggling among each other to survive by either innovating or suppressing disruptive technologies so as to preserve capital positioning. As for Schumpeter, Dr. Drahos opined that the direction of capitalism can be nudged by entrepreneurship. But this is hard to predict, Dr. Drahos said, because it could the case that the entrepreneurs of the world simply gain market share and perpetuate the exclusivity paradigm.

In concluding, Dr. Drahos said that Marx is right in some respects – capitalism remains blind. He drew reference to the success of oil companies in innovating so successfully that they have maintained their position as dominant market players. For Dr. Drahos, old systems of capital continue to innovate and capitalism has no inherent filter as to which systems of innovation are more preferable than others. Turning back to intellectual property, Dr. Drahos said that we cannot know if we are headed in the right direction so long as capitalism remains blinded by the exclusivity paradigm.