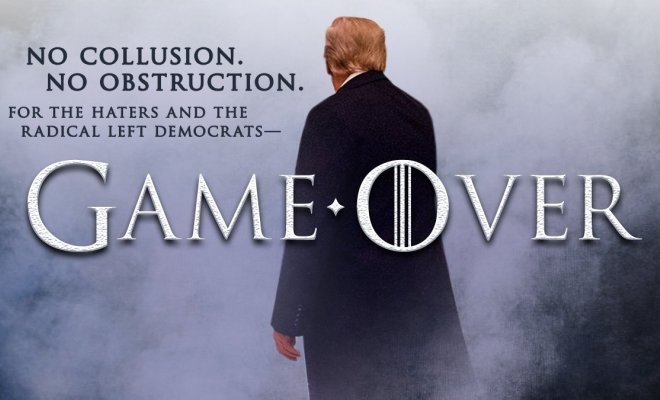 Article by Anthony Rosborough, LLM Candidate in the Intellectual Property & The Digital Economy Programme at the University of Glasgow 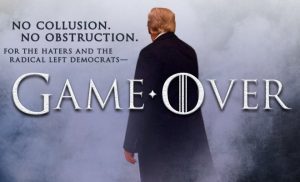 Interesting for those following intellectual property issues, however, are the comments that HBO made in response to the President’s reference to the series. Representatives from HBO commented: “Though we can understand the enthusiasm for Game of Thrones now that the final season has arrived, we still prefer our intellectual property not be used for political purposes”.

In today’s political climate – fuelled by duelling comments and criticisms on social media – many viewed the US network’s comments as a form of validation for their distaste of the President’s policies and governing style. But beyond this discussion, HBO’s comments raise questions about the extent to which their intellectual property is implicated by the President’s use of Game of Thrones imagery. In light of the US “fair use” doctrine, HBO’s position on this issue stands on questionable legal foundations.

Fair use is a doctrine unique to the United States that permits uses of copyrighted material without prior permission. In contrast to the approaches of many other countries which have legislated exhaustive lists of exceptions to copyright, fair use provides an open normative framework. It offers the judiciary a series of contextual factors that are to be weighed in assessing the use of copyrighted works. Broadly put, four factors as listed in 17 USC § 107 are to be considered in assessing whether the use of protected works is “fair”:

1. The purpose and character of the use;
2. The nature of the copyrighted work;
3. The amount and substantiality of the work taken or copied; and
4. The use’s economic impact upon the work, including the effect on potential markets.

Let’s take a look and see how the President’s Tweet stacks up to the fair use doctrine:

The purpose and character of the use ordinarily looks to the degree to which the use is commercial. For example, a not-for-profit institution using copyrighted material to raise awareness for a specific cause of public concern would likely yield in a finding of fair use. Further, where a work (or portions) is used for a purpose quite unrelated from the original work, the character of the use is often found to be “transformative”. This can result in a reduced emphasis on the remaining three factors toward a presumptive finding of fair use.

Ideas in and of themselves cannot be protected; only the expression of them can. It is therefore a bit curious as to which “intellectual property rights” are being asserted by HBO.

The use of the imagery by the President, however, is difficult to reconcile with this framework. While on some levels the use could be argued to be “commercial” in that it is being appropriated to draw reverence and attention to the President himself, it lacks the foundations of a traditional commercial exchange. Whether politicians looking to gain support or influence can be said to be engaging in commerce is a rather difficult subject to assess. It is likely the case, however, that the purpose and character of this use would not be considered commercial.

Lastly, it could be contended that the use of HBO’s styling and imagery is in fact transformative, as it is being used for a purpose entirely unrelated for that which it was created. This is closely connected to similar considerations of the use as parody, news reporting or criticism.

Nature of the copyrighted work

Is this sort of imagery or styling capable of copyright protection? Likely not. Substantial jurisprudence has developed in the United States and the EU (and in other countries) concerning the extent to which formats or general structures of creative works can be protected by copyright. In general, they cannot be. The crux of the matter is the idea/expression dichotomy which acts as the bedrock of copyright theory – ideas in and of themselves cannot be protected; only the expression of them can. It is therefore a bit curious as to which “intellectual property rights” are being asserted by HBO.

This factor ties largely into the nature of the copyrighted work. Where it is unlikely that HBO would be able to avail itself of copyright protection for the imagery or styling of an image, the amount ‘taken’ by the US President is also seemingly difficult to quantify. Looking to the image itself, there are clear resemblances between the font used, colouring and dramatic undertones. Even if these elements could be argued as protectable by copyright, it would be difficult to also allege that they constitute a substantial part of the Game of Thrones series.

Effect upon the work’s value

Has President Trump’s reference and use of Game of Thrones imagery resulted in a deleterious effect on HBO’s ability to exploit the television series? Almost certainly not. In fact, likely the opposite. The President’s reference to HBO’s series, if it has any impact, would only be to bolster the widespread anticipation and hype surrounding Game of Thrones‘ 8th season.

What can be said then of HBO’s ‘preference’ for its ‘intellectual property’? It seems as though HBO’s preference may not carry much weight when it comes to copyright in the United States. It is unlikely (if not impossible) for HBO to obtain protection for the styling or imagery used by the US President in the “Game Over” image. Even if copyright protection were possible, it is likely the case that the President’s use would constitute fair use.

HBO’s Statement and the Upload Filter

While likely not an infringement of copyright in the United States, HBO’s statement is interesting for those following recent changes to copyright law in the European Union. In the recently-adopted Directive on Copyright for the Digital Single Market, the originally-proposed Article 13 (now Article 17) proposes to make intermediaries liable for the acts of users in posting copyrighted material without licences on their platforms. This is a change from the previous legal framework whereby intermediaries could avail themselves of a “safe harbour”, where removing infringing content promptly upon being aware of it was sufficient to set aside liability.

The decision to force intermediaries to police their social media networks for infringing material has resulted in an eruption of controversy. Many have nicknamed the provision the “meme ban” for its impact on user-generated content similar to the US President’s image. The onerous and difficult task of policing social networks for infringing material has resulted in a general consensus among IP scholars that intermediaries will need to employ content recognition technologies that will automatically remove content. It is these measures that have given rise to nicknaming the provision the “upload filter”. The degree to which humans will be involved in this process (or the review of appeals by users) remains the subject of debate and controversy.

HBO’s statement regarding its preference to ‘protect its intellectual property’ is telling, however. The EU is without a broad and flexible fair use doctrine like the United States. It relies on an exhaustive list of enumerated exceptions and the cooperation of EU Member States to apply those exceptions uniformly. Without the opportunity to contextually consider the purpose of the use and the policy considerations for preventing it, it is likely that HBO would be more capable in preventing the President’s use of its imagery in the EU. Given the risk, costs and uncertainty for intermediaries, it is unlikely that Twitter would contend with HBO’s request that the image be taken down. Overall, this highlights the importance of ensuring that permitted uses of copyrighted material are assessed by humans with a view to certain policy objectives. Whether Twitter will be compelled to remove content like the US President’s tweet under the recent changes to EU law remains to be seen.