Lessons from CopyrightX: The Top 3 Differences Between EU and US Copyright Law 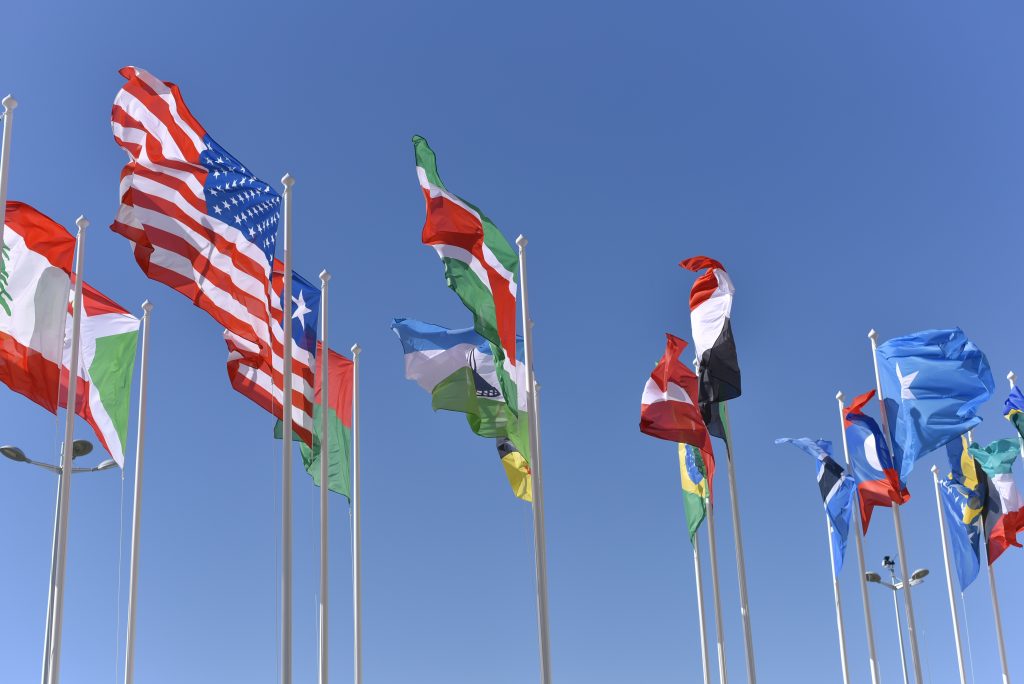 Article by Wannika Maithi and Anthony Rosborough, CopyrightX students and LLM Candidates in the Intellectual Property & The Digital Economy Programme at the University of Glasgow

We had the privilege of attending CopyrightX, a twelve-week course focusing on U.S. copyright in conjunction with Harvard Law School. The weekly seminars were conducted by Professor William “Terry” Fisher, and were followed by groups discussions and exercises here at the University of Glasgow. Our section was led by Thomas Margoni (Senior Lecturer in Intellectual Property Law) and Amy Thomas (PhD Candidate), who encouraged us to engage with and critically assess the reading materials and lectures.

The substantive material taught in CopyrightX stands in contrast to the EU copyright law that we have been learning as part of the Intellectual Property & The Digital Economy Programme. Throughout our experience in CopyrightX, we took note of a number of differences between the US approach to copyright law and that of the European Union and its member states, including the United Kingdom. Drawing upon some of these differences, we thought it would be worthwhile to identify what we regard as the “top three” differences between US and EU copyright law:

Both the EU and the US copyright systems provide release values to copyright protection by permitting uses of works that would otherwise amount to infringement. There are differences, however, in how each system approaches these exceptions. The Fair Use doctrine in the United States utilises a framework of open norms and contextual factors to determine if the use of copyrighted material is “fair”. In broad terms, four factors as listed in as listed in 17 USC § 107 are to be considered:

(1) The purpose and character of the use;
(2) The nature of the copyrighted work;
(3) The amount and substantiality of the work taken or copied; and
(4) The use’s economic impact upon the work, including the effect on potential markets.

Neither of these factors are determinative to a finding of fair use, and each are to be weighed accordingly. This affords courts considerable discretion and flexibility in assessing each impugned use on its merits. Therefore, there the approach under the Fair Use doctrine is not to assess the type of use, but rather its implications as they relate to various aspects of copyright protection and authorship.

The EU copyright framework’s approach to permitted exceptions stands in contrast to the US Fair Use doctrine by offering an exhaustive list of specific uses. At the EU level, this list is found in Directive 2001/29/EC, which is commonly referred to as the “InfoSoc Directive”. At Article 5, the InfoSoc Directive lays out exceptions to copyright that EU member states may enshrine in their domestic legislation. While some of these exceptions are permissive for member states, others are mandatory. The result is that it is possible for certain copyright exceptions to be available in only some member states throughout the EU. More poignant for drawing contrast to the Fair Use doctrine, however, is the exhaustive approach to copyright exceptions more generally.

This exhaustive list approach can be exemplified by the United Kingdom’s Copyright Designs and Patents Act, 1988, which establishes the “Fair Dealing” doctrine in Chapter III. This approach recognises exceptions to copyright where the otherwise infringing activity is conducted for statutorily recognised purposes, including research, private study, criticism or review, parody, and so on. While many of the permitted exceptions under the Fair Dealing and broader approach under the InfoSoc Directive would likely also be protected by Fair Use, the reverse may not necessarily be true. Given that the Fair Use doctrine addresses exceptions to copyright as adherence to standards rather than exhaustive rules, there is fairly strong support for the argument that the Fair Use doctrine is more adaptive to technological development and new uses for copyrighted works that are not otherwise enumerated in statutory frameworks.

The US and EU approaches to copyright law can be (at least partly) attributed to the stark differences in how each system places copyright protection within the context of larger policy objectives.

In the United States, the underlying rationale for copyright law is set out in the US Constitution at Article 8, which provides that the objective is to “promote the progress of science and useful arts”. This normative guidance assists judicial decision-making and interpretation of legislation in a manner that is consistent with this goal. This overarching rationale has assisted the judiciary in the United States in clarifying the idea-expression dichotomy and the boundaries of fair use.

For example, the significance of the constitutional basis for copyright in the United States was identified in Campbell v Acuff-Rose Music Inc., a 1994 decision of the United States Supreme Court, which involved copying of music for the purpose of parody. At paragraph 23, Souter J., writing for the Court, held that the purpose of fair use is necessary to “fulfill copyright’s very purpose, ‘[t]o promote the Progress of Science and useful Arts…'”. Moreover, in the 1879 case of Baker v Selden, a seminal decision on the distinction between ideas and expression with the context of copyright protection, the United States Supreme Court placed the necessity of this distinction within the context of the constitutional language. In assessing whether an innovative bookkeeping system can itself be subject to copyright, independent of a particular expression, the Court held that “…The very object of publishing a book on science or the useful arts is to communicate to the world the useful knowledge which it contains. But this object would be frustrated if the knowledge could not be used without incurring the guilt of piracy of the book”.

In contrast, the EU copyright framework is without an overarching policy objective. This can be partly explained by the fact that the EU’s competence to regulate copyright is derived from its function in regulating the internal market and harmonising policy as between Member States. This was discussed at some length in the EU’s Green Paper on Copyright in the knowledge economy (2008).  While instructive in some respects, the Green Paper offered little in the way of substantive normative guidance, only referring to the necessity to approximate or harmonise laws for the purposes of market regulation.

The result is that the EU is left without overarching principles for copyright policy which has the potential to create for disparate and inconsistent policy outcomes in practice. It also leaves a void for courts at the EU level in interpreting copyright legislation and policy where there is no larger policy objective to shape such legal analyses. The result, and as academics have pointed out, is that courts at the EU level have taken an increasingly “law-creating” role in clarifying EU copyright policy that is without overarching normative guidance. While providing fertile soil for legal analysis and debate, the lack of overall policy objective for copyright policy in the EU has rendered it difficult to determine the current and future direction of EU law.

While overarching policy objectives for copyright at the EU level may be difficult to discern from the Green Paper and the framework of directives, to a certain extent, the laws of Member States can assist in understanding how copyright law and policy should be directed.

For example, in the United Kingdom, the passage of time has allowed for certain policy goals to emerge. Notably, the Statute of Anne, commonly understood as the first copyright statute, offers some clues as to how copyright in the UK should be conceptualised. The long title of the Statute of Anne states that it is “…An Act for the Encouragement of Learning, by Vesting the Copies of Printed Books in the Authors or Purchasers of such Copies, during the Times therein mentioned.” While the Statute of Anne’s long title can hardly be said to rise to the level of a constitutional policy objective, some clues in this regard can be discerned from it. Notably, the “encouragement of learning” suggests a degree of utilitarianism in that at least one of the beneficiaries of copyright protection should be the public at large by increasing access to materials. Further, “during the times therein mentioned” makes explicit reference to temporal limitations to copyright protection and implies a degree of reciprocity.

Yet another difference between EU and US copyright law is the approach taken to contractual relationships between authors and third parties (typically commercial publishers or licensees). While both jurisdictions allow authors to renegotiate and terminate copyright licenses and contracts, the approaches to this are somewhat divergent.

Notably, under US copyright law (specifically,17 U.S. Code § 203) there exists a “termination grant” provision. This provision gives authors a second chance to terminate or renegotiate existing agreements after 35 years since the work was created. The termination must be elected within a five-year window after 35 years has elapsed.

Though some EU Member States (including the United Kingdom) have enacted similar policies in their copyright legislation, these measures are not mandatory. The existence of the termination grant provision under US law therefore serves as a rare example of where the judiciary in the United States is offered greater tools to interfere with the freedom of contract than those of its European counterparts.

Nevertheless, there do appear to be some developments in the EU that suggest similar objectives to the termination grant provision. Notably, the recently-adopted Digital Single Market Directive in the European Union analogous policy tools can be identified. In particular, Article 20 requires EU member states to ensure that authors and performers are entitled to claim “additional, appropriate and fair remuneration from the party with whom they entered into a contract for the exploitation of their rights…when the remuneration originally agreed turns out to be disproportionately low…”  Overall, the termination grant provision serves as an example of divergent approaches to allegedly unconscionable agreements concluded between authors and commercial third parties.

The three differences between EU and US copyright law outlined in this brief article serve as a mere selection of the many differences that exist. We hope that the three examples that we have identified offer insight into the type of engaging and thought-provoking conversations taking place in CopyrightX at the University of Glasgow.